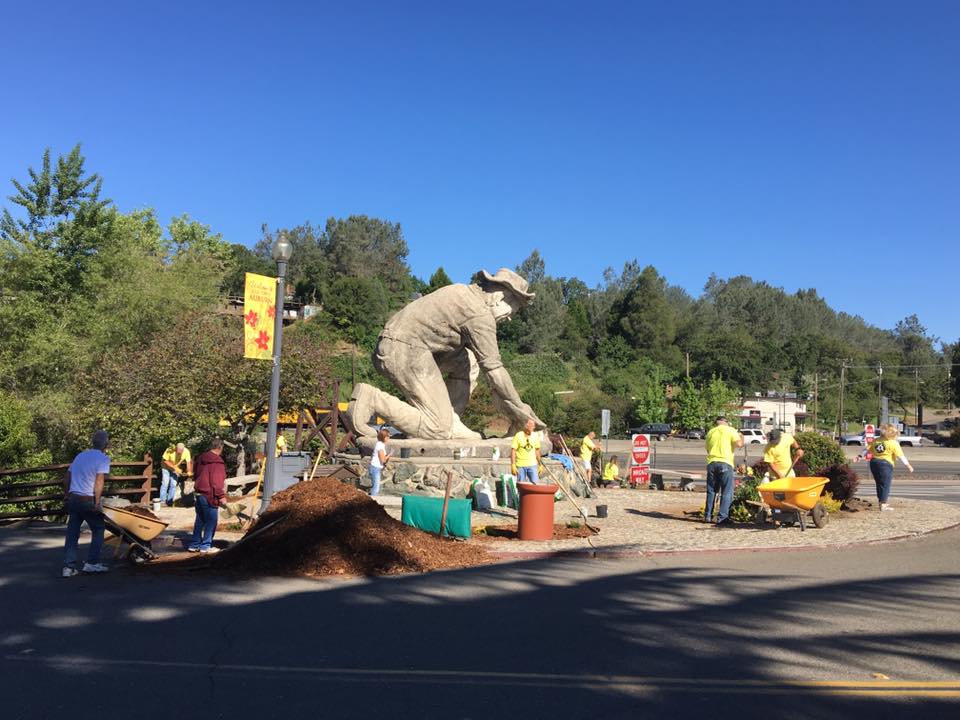 Engineering a facelift for Old Town was a passion of Matt Wozniak, former owner of Sip, a wine bar located on Commercial St.  Sadly, Matt passed away in February, but his zeal transform the historic district was demonstrated last Saturday as a part of the fourth annual Auburn Community Service Day, a series of maintenance projects throughout the community.

At least 30 volunteers suited up in yellow tee shirts and descended on Old Town at 8 a.m. to tackle three landscaping projects at the Claude Chana statue, the Firehouse/public restroom Island and the Placer Herald monument behind the Valero gas station.

During a four-hour frenzy, weeds were pulled, shrubs were planted, trees were trimmed or removed, garbage was picked up and 10 yards of mulch were spread.  More than $2,000 were raised by Old Town merchants to purchase plants and landscaping materials.

Thanks to everyone who gave up their Saturday morning to pitch in.  Feels great, doesn’t it?!