Every day from December 13th-24th, CV Wine & Spirits will be sending out an email precisely at 10am with a limited offering and/or deal on Whiskey!  Our “12 DAYS OF WHISKEY-MAS” specials will offer everything from Single Malt Scotch, Rye Whiskey, American Whiskey, Bourbon, allocated and non-allocated items.  Most deals will have two “PURCHASE” buttons, one for members and one for non-members.  To view and purchase member prices, you must click “MEMBER PURCHASE” and login to your account.  All deals being offered our limited to quantity on-hand.

(Only 3 Bottles Available – No Further Discounts) 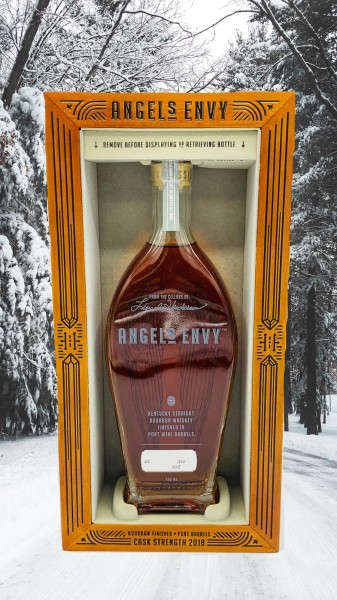 Angel’s Envy Cask Strength Bourbon Whiskey Finished in Port Barrels
“A masterpiece that will live long in legend after the final bottle is poured. Deserves a sixth rating star.”

HEADS UP!  THIS IS A STUPID (in a good way) DEAL IF WE DON’T SAY SO OURSELVES!  This is the perfect gift for that Bourbon-nut who says, “I really want that bottle, but can’t justify paying that much!”  Now you can be the “Holiday Hero” and watch their excitement as they unwrap that bottle they always wanted all while knowing your secret (price) is safe with us!!!

Spirits, especially Bourbon, are truly the best gift to give!  Every time that person pours a splash…they will always think about where that bottle came from.  YOU!

For the 10th Day of “Whiskey-MAS” we are offering the 2018 Angel’s Envy “Cask Strength” Bourbon! Angel’s Envy’s whiskeys represent the vision of Lincoln Henderson, an iconic Brown-Forman master distiller who helped develop some of the company’s most well-known brands, including Woodford Reserve, Gentleman Jack and Jack Daniel’s Single Barrel.  The thing that makes Angel’s Envy whiskeys, Angel’s Envy whiskeys, is that the distillery finishes its whiskeys in used spirits barrels (primarily port and rum).  Believe it or not, that approach, though common in the rarefied world of single-malt whiskey (think Scotch) is a relatively unusual tack for a producer of bourbon and rye whiskeys.  The result adds dimension and complexity to Angel’s Envy’s whiskeys setting them uniquely apart and their competition.

In F. Paul Pacult’s Spirit Journal, the Angel’s Envy Cask Strength 2012 release was ranked the “Best Spirit in the World,” and the 2015 release was given “Five Stars, Highest Recommendation.” Each year’s release is distinctly unique and is pulled from the most remarkable barrels in their rickhouse.

They judge only a handful of barrels exceptional enough for their lengthy finishing process. The result? Even at 124 proof, every sip is worth savoring. A remarkably complex spirit you should enjoy it neat or with just a splash of water to release the flavor nuances, and in true holiday spirit perhaps with a few friends who appreciate outstanding whiskey.  OR…maybe with some who don’t because after a couple of sips they will be converted!  SERIOUSLY…stop reading and click MEMBER PURCHASE before they are gone!

(Only 3 Bottles Available – No Further Discounts)

LOOKING FOR MORE FROM ANGEL’S ENVY??? 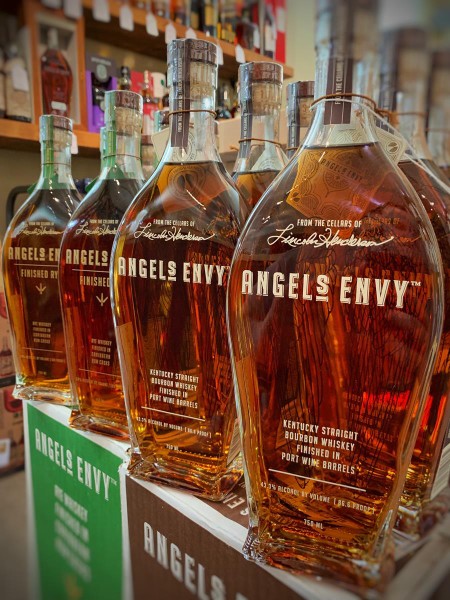 (No Further Discounts On Member Price)

(No Further Discounts On Member Price)