(NO DEEPER DISCOUNTS – ONLY 6 CASES!) 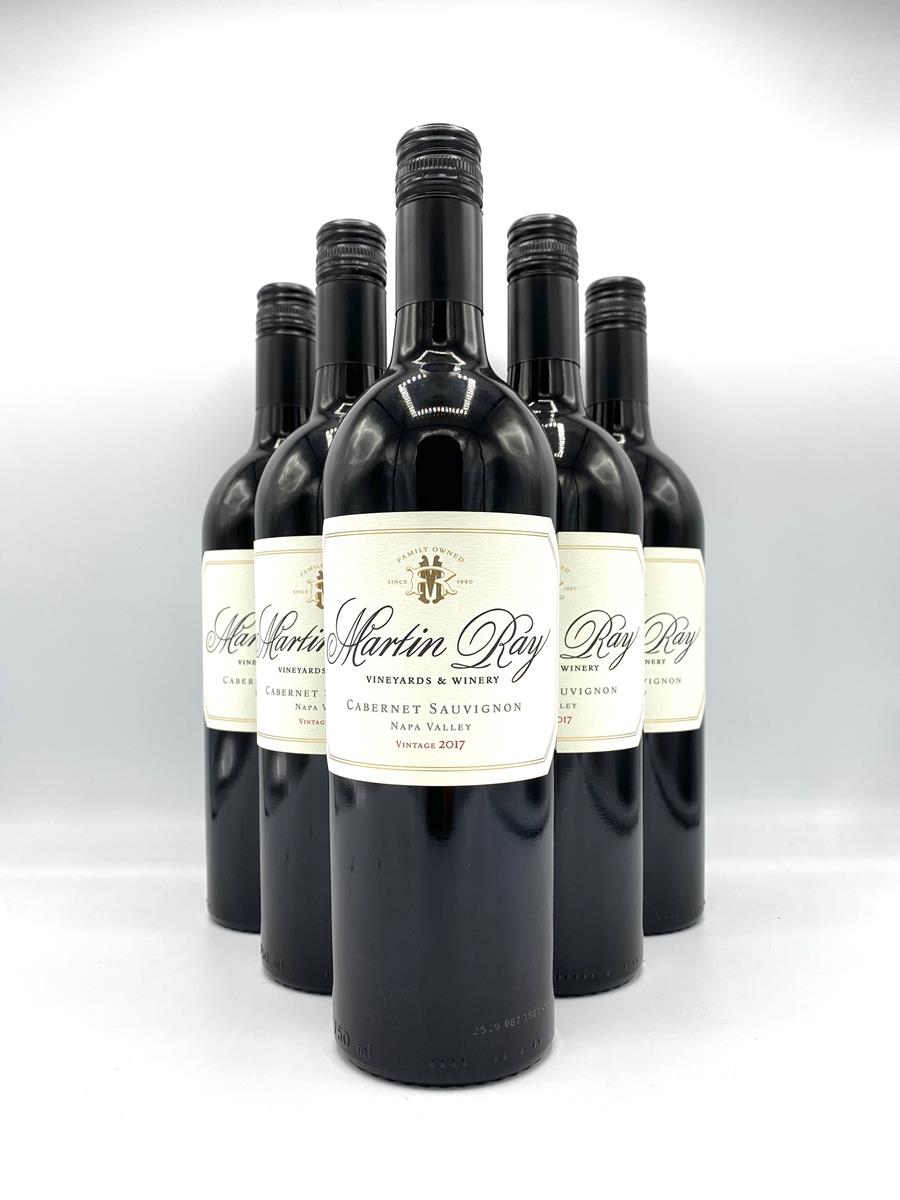 Last week, while cleaning out the warehouse we found 28 cases of an Italian Red Blend from Zenato that received 93 POINTS from James Suckling!  The wine was delicious, and at the “WINE DEAL” price it was a HUGE value which our faithful CV vinophiles capitalized on right away.  All 28 cases SOLD OUT in less than three hours.

Mixed in that same pallet of Zenato, were SIX CASES of the 2017 MARTIN RAY “NAPA VALLEY” CABERNET SAUVIGNON which like Zenato, also received 93 POINTS from James Suckling.  “The name Martin Ray resonates deeply in the history of California Winemaking.  “Martin Ray was a pioneer, dedicated to crafting single varietal, region-specific wine from 1943 through 1972 in Saratoga, in the heart of the Santa Cruz Mountains. Mentored by Paul Masson, he took a Burgundian approach to his winemaking, and developed what is now one of the most historical properties in California, known as Mount Eden.

Nearly twenty years later, Courtney Benham stumbled upon 1500 cases of Martin Ray wine in a San Jose warehouse ( <– sound familiar).  Recognizing his good fortune, and his intent and drive to produce terroir driven wines, Ray’s historical significance and philosophy resonated with him. Courtney purchased the brand, and since 1990 has been committed to the production of artisanal wines worthy of the Martin Ray name.”

What normally retails for $35/bottle, is on sale today for $22.50/bottle when purchasing a six pack or more!  Pretty confident that lighting is going to strike twice here, so be sure to click the “BUY NOW” button now and secure your 6pk (or more!).

Winery Tasting Notes: “Our Napa Valley Reserve Cabernet Sauvignon was crafted using classic, labor intensive, small-lot winemaking techniques which produce in the enhanced flavors and textures that consistently characterize our wines. The contributing vineyards were cold-soaked for 4 days, then spent two weeks in open-top fermenters, where they were gently punched down by hand. Aged for 16 months in 50% new French oak barrels.

(NO DEEPER DISCOUNTS – ONLY 6 CASES!)