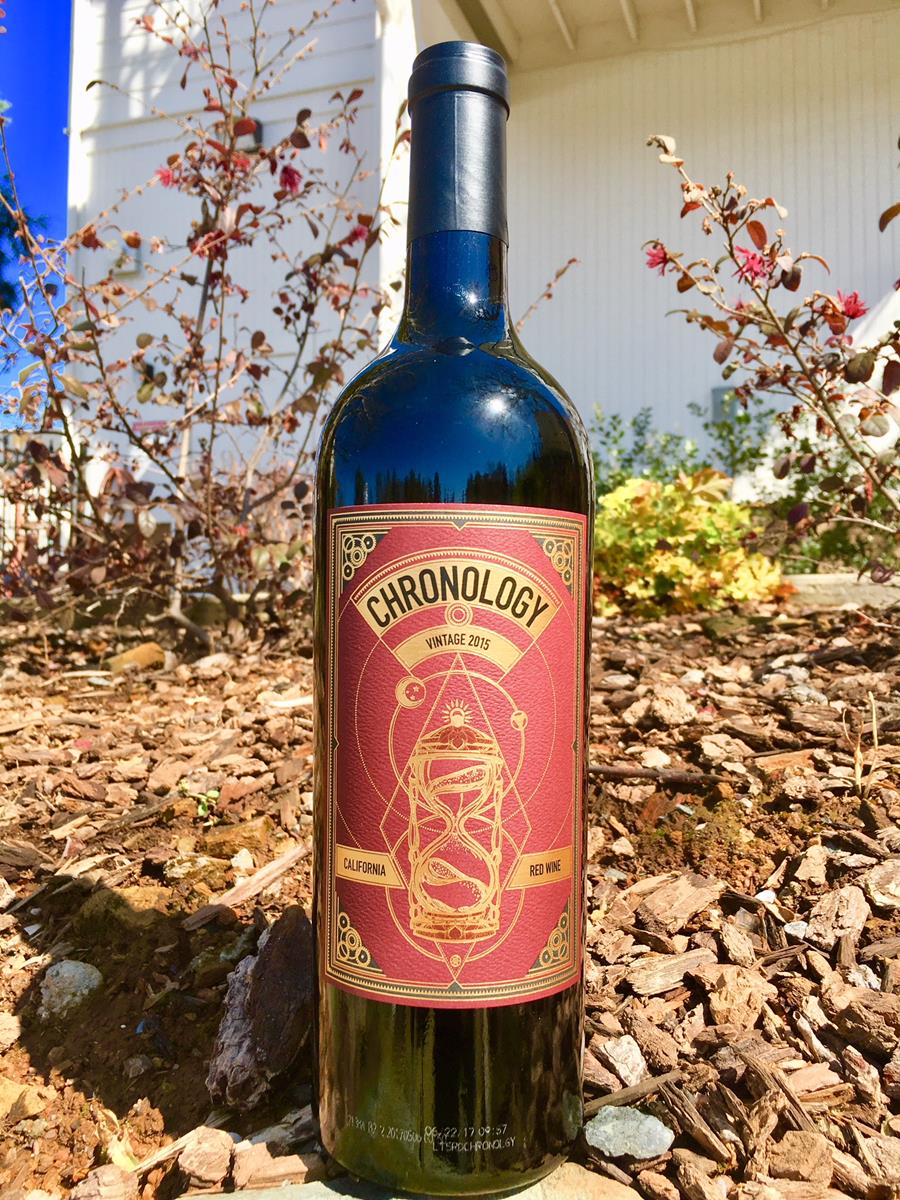 BINGO!!! Here’s a  one-of-a-kind red blend that is taking the wine world by storm: The 2015 Chronology Red Wine  by Secret Indulgence.  This BOMBASTIC  BEAST of a red is AWESOME and if you’re a big fan of red blends like THE PRISONER (circa 2003-2013) but don’t want to shell out 45 bucks/bottle, then this wine right up your alley!  We secured THE BESTpricing anywhere too…$23.95/bottle on 6+!

The 2015 Chronology Red is made by Brian Maloney who burst on the scene making wines at DeLoach Vineyards and Buena Vista Vineyards.  While wine production at those behemoths tops 90,000 cases, the 2015 Chronology’s production is a miniscule 2,000 cases in comparison.  It consists of an “everything but the” brew of BIG, BOLD, and JUICY mixed dark grapes that include petite sirah, grenache, cabernet sauvignon, cabernet franc, malbec, syrah and mourvedre.  HERE’S THE KICKER…Maloney adds a touch of Angelica (a fortified wine) that gives this wine its signature VANILLA and BAKING SPICE flavors.  You think that’s a mouth-full?  Wait until you taste it!!!

Pound the BUY NOW button into submission on this one people!!!  With a 91+ Point score from “Wine Advocate” and under $24/bottle for the price of admission, this wine is “RIDICULOUS!”  With springtime finally here, the 2015 Chronology Red is best paired with BBQ Ribs or one can enjoy it simply on its own.  Either way you’re GOLDEN!!!

“A blend predominately of Petite Sirah, Grenache and Cabernet Sauvignon with smaller parts of Malbec, Cabernet France, Merlot, Mission, Syrah and Mourvèdre, the 2015 Chronology Red reveals a medium to deep garnet-purple color and a nose of blackberry pie, blueberry preserves and mincemeat pie with hints of chocolate box, baking spices, dried mulberries and incense with a waft of dusty earth. Medium to full-bodied, it packs in the plushly textured, rich, spicy black fruits, finishing with great length.”

“The 2015 Chronology Red Wine is a unique union of Bordeaux and Rhône varietals, kissed by Angelica.  Deep burgundy in color, you are greeted on the nose with notes of plum skin, strawberry and a hint of cinnamon.  From the first sip, you find notes of black currant, strawberry, black tea and cacao nibs.  Your palate will delight in the wide, rich texture of the Chronology.”