You’re invited for a very special event on Saturday (11-19) from 2:30 to 4:30 when Abraham Conlon, chef of the acclaimed Fat Rice restaurant in Chicago, is in da house to sign is just-released cookbook, “The Adventures of Fat Rice.”  Details are in the news release we sent to media below.  This book was an immediate Amazon bestseller and it will available for $30.

Carpe Vino Chefs Eric Alexander and Courtney McDonald graduated in 2001 from the Culinary Institute of America in Hyde Park, NY, and one of their fellow alumni and lifelong friends will be Old Town next week for two very special events:

Abraham Conlon, co-owner of the celebrated Chicago restaurant, Fat Rice, will be signing his new cookbook, “The Adventures of Fat Rice,” on Saturday, November 19, from 2:30 to 4:30 in the Wine Mine at Carpe Vino.  Then on Sunday he’ll host a sold-out, three-course, prix-fixe dinner of the same name, “The Adventures of Fat Rice,” inspired by the restaurant’s menu and the cookbook, which was co-written by Adrienne Lo, co-owner of Fat Rice. 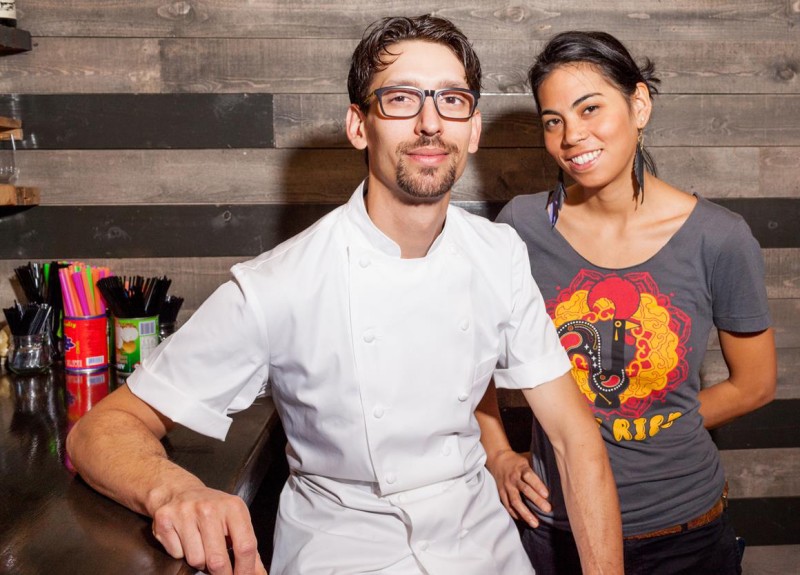 Fat Rice was virtually an instant hit when it opened a few years ago.  In 2013, Bon Appétit magazine named it to its annual list of top new restaurants; in 2016, Conlon was a James Beard finalist for the Great Lakes Region; and in October, Food and Wine magazine ran a five-page feature on Fat Rice.

With a book contract from Ten Speed Press in Berkeley, Conlon and Lo worked for more than two years to complete “The Adventures of Fat Rice,” which is a bestseller on Amazon.  The cookbook offers advice on equipment, spices and techniques as well as background on the culture and cuisine of Macau, plus 100 detailed recipes.  The 320-page book is loaded with gorgeous photos and, uniquely, a comic-book approach to demonstrating technique. 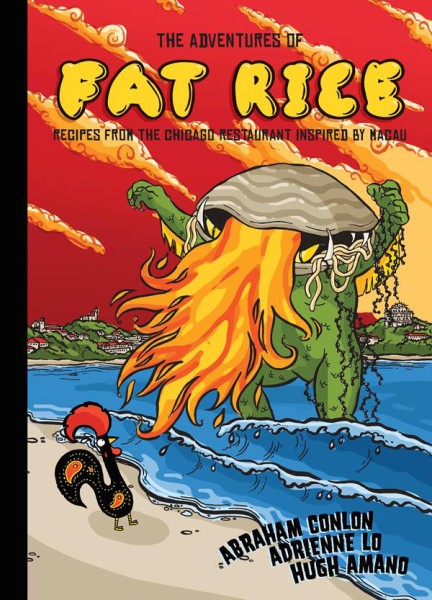 “Abraham is on a nationwide book tour, and we’re thrilled that he will be stopping in Auburn for the weekend,” said Carpe Vino co-owner Gary Moffat.  “His restaurant and book are a melding of Portuguese and Asian cuisines that Abe and Adrienne single-handedly introduced to America.”

Abraham and Eric developed a friendship forged through a mutual love of making people happy through food.  The pair met at the CIA and after graduation, the trio–including Courtney who is now married to Eric–went to Washington, D.C. in 2002 to work for Chef Jon Mathieson (now executive chef for the Washington Redskins) to help open Poste Moderne Brasserie at the Monaco Hotel.  They ended up going separate ways when Eric and Courtney followed Mathieson to another restaurant in Connecticut.

By 2007, Eric and Courtney had been working for several years at Carpe Vino when they hooked up again with Abe to spent 10 days traveling in France, visiting Paris, Burgundy, Champagne and Provence.  When they returned, Abe came back to Auburn and worked at Carpe Vino for five months, figuring out a new plan.

He decided to move to Chicago where he met Adrienne Lo when they both worked at a Whole Foods market.  This lead to travel in China and Macau, and the birth of an idea to create Fat Rice, based on their newly minted cuisine.

Hope to see you tomorrow!