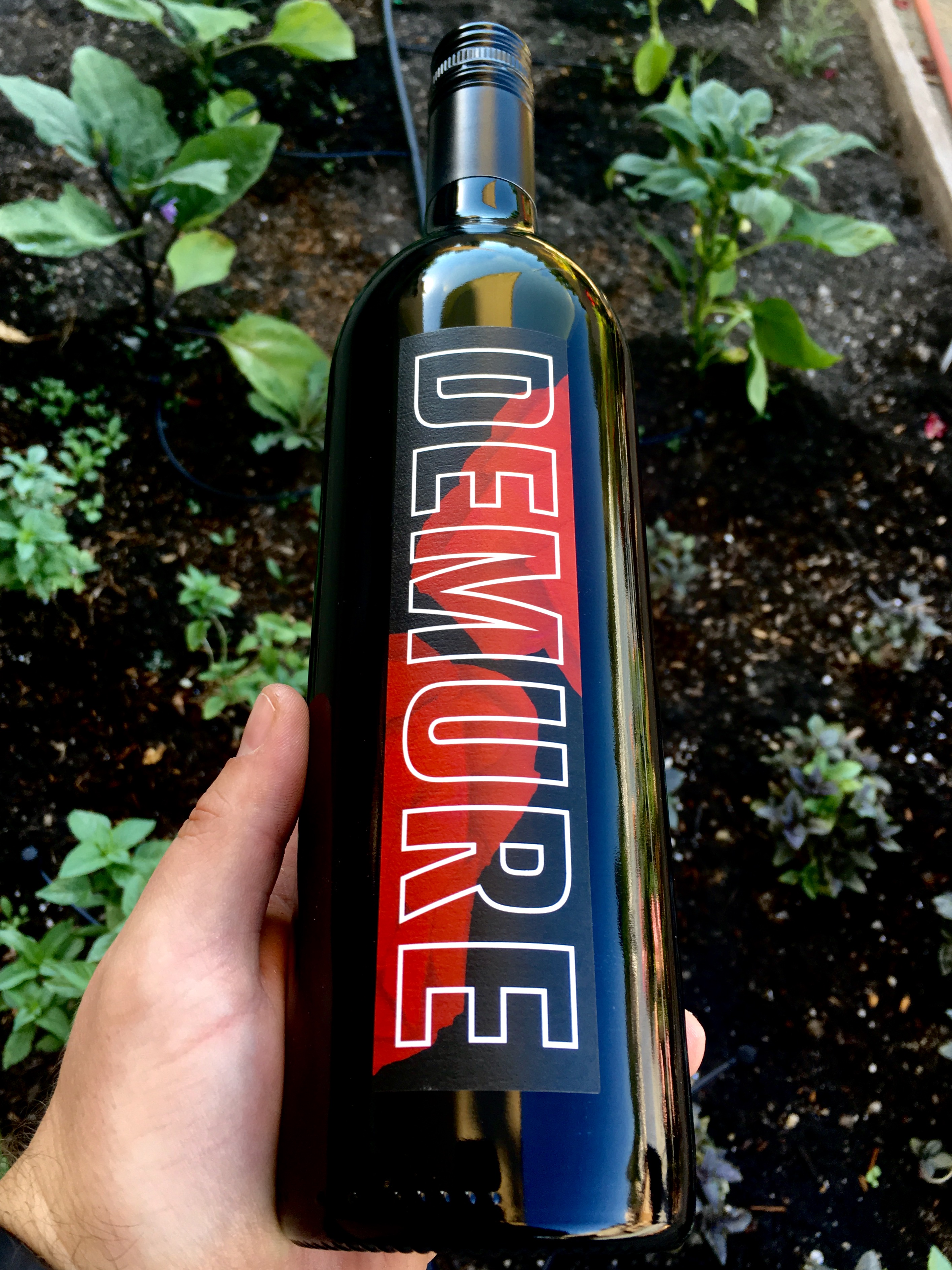 CHERRIES JUBILEE – SMOKED HUCKLEBERRY – BLOOD ORANGE!!!  Got ya thinking about something other than the heat!?!  I can’t lie.  Right now, I’m about a NINE on the CRANKY-METER and after spending 10 MINUTES ON THE ROOF of CV spraying down our “EMPLOYEE-OF-THE-WEEK” (our air conditioning unit) I went into the CV warehouse to get cool!  While chilling in sub-60 degree temps, I started thinking “WWDD” or “What Would Drew Drink!?!” and my attention quickly turned to a double case-stack of DEMURE Red Wine located on one of the several pallets currently in CV’s warehouse!  “HOLY SHNIKES,” I said – “that will go perfect with that BBQ Tri-Tip we are having tonight!”  (Full disclosure – I will be having a margarita(s) w/ jalapenos {gotta kick up the heat a notch} beforehand!)  So, I did what any good friend would do…I grabbed TWO bottle instead of just one!  That said, your BEST DEAL is on SIX-BOTTLES getting the price down to $17.95/bottle (regularly $21.95/btl retail)!

BECAUSE – THE WINEMAKING DUO of Vailia and Russell From – are what make this wine an absolute VALUE!  If the name Russell From sounds familiar that’s because he is proprietor/winemaker of HERMAN STORY WINES, which, is currently one of the HIPPEST, MOST-SOUGHT-AFTER wine labels in So Cal!  Known for INTENSE, INKY, INSATIABLE WINES, Russell From is regularly awarded 95+ point scores from esteemed wine critics such as ROBERT M. PARKER JR.!  So…take his talents along with his sources on fruit and I am sure you are going to get a FANTASTIC BOTTLE OF WINE!

First and foremost, this is a MULTI-VINTAGE blended wine and in this case that’s 2014, 2015 & 2016.   As Vailia and Russell say, “MORE VINTAGES = MORE WINE!”  Next, this wine is PRIMARILY GRENACHE with CABERNET SAUVIGNON, PETIT VERDOT, SYRAH AND MOURVEDRE!  These grapes are all sourced from the TOP VINEYARDS IN SO CAL including; PRESQUI’LE, CHELLE MOUNTAIN, SANTA BARBARA HIGHLANDS, TWO WOLVES, STOLPMAN, VOGELZANG & PINE HAWK.  As stated earlier, this wine has flavors of Cherries Jubilee, smoked huckleberry, fresh trimmed tobacco, blood orange, ripped steak, nutmeg and lightning struck pepper tree.