Sometimes you must “CARPE DIEM” at Carpe Vino and Tuesday, September 18th at 6pm is one of those days.  We know it is late notice, but when one of the owners, Leah Seresin, (of arguably one of the best wineries in New Zealand) is stopping by and says “let’s get a tasting group together” then, well, let’s get a tasting group together!  Opportunities to taste these wines with Leah happen in cities like; New York, Hong Kong, Paris, San Francisco, but in Auburn, California???  Trust us on this, if you are looking for a truly unique tasting experience…GET YOUR TICKETS NOW!!!  $55/ticket {all-inclusive} Only 20 Tickets Available!

When we received the word, that Leah wanted to headline a “Family Winemaker Series” event in the wine mine, we time would be of the essence.  By way of a miracle, we have secured all SIX wines to be tasted ranging in pricing from $21-$75/bottle.  We even have purchased the last SIX CASES of the 2011 Seresin RESERVE Sauvignon Blanc.  Honestly, probably one of the best Sauvignon Blancs we have ever tasted in our 16 years here at CV.  Here is the full line-up of wines to be tasted Tuesday:

All SIX of these wines are from the Marlborough region of New Zealand and farmed organically/biodynamically.  As Leah will attest, they put more back into the land then they take out! 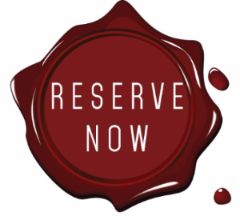 Though the menu is not fully confirmed, Chef Alexander has shared certain items that you will most likely be seeing on Tuesday night!

For this event we’re using a “ticket” system to prepay for reservations: $55/person, includes event cost, tax and tip inclusive.

–You must make reservations online by clicking on the “Reserve Now” button.
–Tables are not reserved; seating is open.
–Because this is a special TUESDAY event, cancellations will not be refunded.

Michael Seresin is one of those rare people who has managed to make a name for himself in two quite distinct fields: filmmaking and wine. His first career was as a cinematographer: born in Wellington, at the foot of New Zealand’s north Island, he left New Zealand in 1966 to forge a successful career in the movies, which he continues to this day. He’s famous for the nine films he’s made with British director Allan Parker, as well as working with Alfonso Cuaron on the third Harry Potter film, The Prisoner of Azkabhan.

When Seresin first left New Zealand in the late 1960s for Italy, he found it a real culture shock. ‘How people lived was opposite to how I’d lived in New Zealand’, he recalls. After a spell in the UK, he moved back to Italy once more, and clearly was captured by the culture of food and wine he experienced there. ‘I like what wine embraces’, he says, and when he decided to turn his hand to making the stuff, his first thought was to do it in Italy, before settling on his home country as the destination. ‘I didn’t think I’d be smart enough to do business in Italy’, says Seresin. ‘Besides, you are free to do a lot more in the New World than the Old’.

Seresin began his Marlborough winery in 1992, and this estate is far from being a vanity project, or a plaything for a wealthy retiree. Seresin is a serious player in Marlborough, and quite early on he decided he wanted to go against the grain and farm organically. He’s now working with biodynamics, too, for part of his vineyard
management.  http://www.wineanorak.com/seresin2.htm