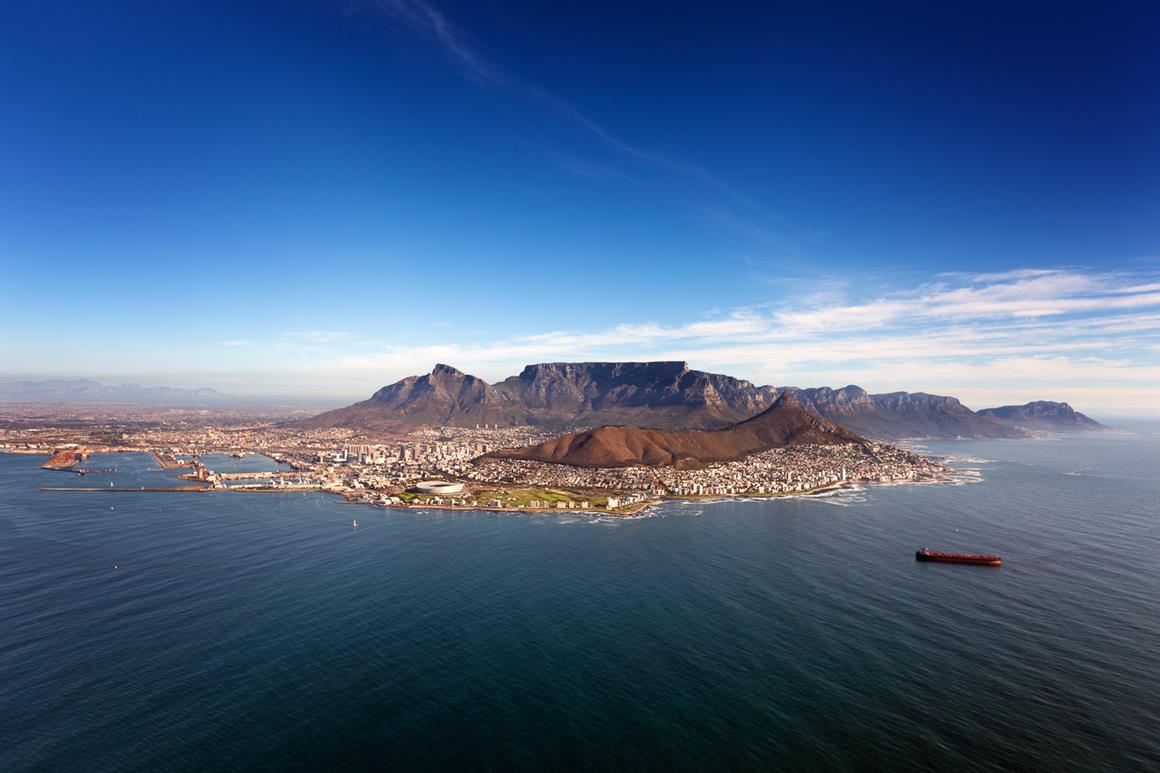 One of the most intriguing cities in the world, Cape Town has a vibe that is reminiscent of San Francisco and where our tour of South Africa’s Winelands will begin. Photo by Nathan Wolff.

After doing back-to-back trips to Provence (2015) and Tuscany (2016), I decided to bag any international travel for 2017. . .largely because it takes a ton of work to pull off a tour.  Plus, most of the “regulars” who have traveled with me abroad need a break, too!

But that doesn’t mean I’ve lost the juice to travel.  I’m formulating itineraries for two adventures in 2018:  First, I’ll be trekking to South Africa’s wine country outside of Cape Town for 10 days in February.  And if you have the energy, join me for five days in Mr. Jefferson’s Albemarle County, Virginia, later in October.

The purpose of this email is to gauge your interest in participating.  So, here are my general thoughts for South Africa (the Albemarle County trip details will be published next week).  If you would like to be notified with more detailed information when it is available—specific timing, itineraries and costs—please send me an email (gary@carpevinoauburn.com), and I’ll be in touch. 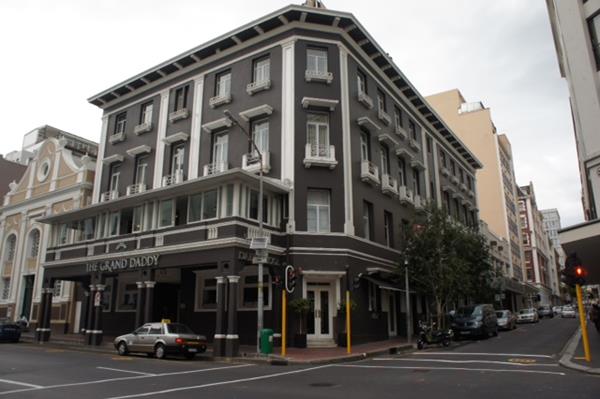 No, it’s not a hotel in The City, it’s the Grand Daddy Hotel
in Cape Town, with seven Airstream trailers on the roof.

I visited South Africa in 2011 with my beloved, Ellen, enabling her to reconnect with very close family friends who live near Cape Town on the country’s west coast. I was anxious to accompany her because she agreed to explore the adjacent Winelands, as they are called, principally Stellenbosch, Constantia and Paarl.

Any visit to the region starts with Cape Town, a truly cosmopolitan city that to me was reminiscent of San Francisco—right on the water, hilly, packed with wonderful restaurants and hotels. What San Francisco doesn’t have is Table Mountain, an enormous plateau peaking at 3,569 feet, often cloud-shrouded from view below.

We could easily spend five days exploring Cape Town, from Cape Point (one of the southernmost locations on the continent) to Robben Island (where Nelson Mandel was imprisoned for decades) to discovering great music and art. BTW, I felt totally safe the entire time I was in Cape Town and everywhere we visited. . . what an incredible country! After spending several weeks in the region, I genuinely believed I could relocate there. . .if only I could find a way to make a living.

The manor house at Rustenburg, typical of the Dutch
architectures observed all over the Winelands.

I really did my homework to make appointments at a host of wineries. The advance research paid off because we were treated royally wherever we visited. My impression of the quality of wineries is that in comparison, Stellenbosch makes Napa look like Cleveland. All staff, including vineyard workers, are typically dressed smartly in uniforms; the vineyards are immaculate and many narrow lanes are covered with brick pavers. Most notably, tasting room service was incredibly civil—in many places we were served privately in settings that were more like a living room than a tasting bar. The South African approach genuinely elevates the experience.

Places I’d like to return to run the gamut, starting with the classics like Klein Constantia with a wine heritage dating to 1685 and featuring beautiful Dutch architecture—stunning winery buildings punctuated with seductive arches and painted starkly in vivid white. On the other end of the spectrum is the severely modern facility owned and operated by a top international golf pro, Ernie Els, in Stellenbosch.

I’d like to pack in as many wineries as possible, including some of my favorite stops: Kanonkop, Rustenberg, Nederburg, Fairview, Boekenhoustskloof (say that fast three times), Lanzerac and Buitenverwachting. And I plan on hitting the producer of our favorite Chenin Blanc at Carpe Vino, DeMorgenzon.

Accommodations are stellar. Ellen and I started our trip at the 1895 Grand Daddy Hotel in Cape Town because I absolutely had to see the seven Airstream trailers parked on the roof. This joint has one of the most incredible rooftop bars I’ve ever visited. Along the route we stayed at truly amazing boutique facilities, some on winery estates; others on working farms. . .reminiscent of agro tourism. Absolutely no shortage of great places to stay as well as magnificent restaurants to enjoy. 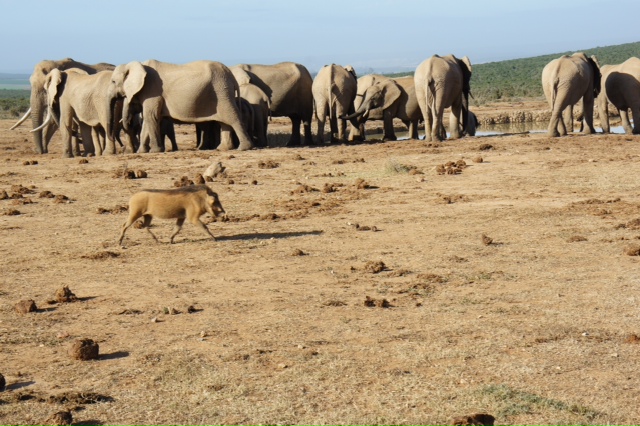 An amazing vista is watching upwards of 200 mammoth creatures descend on a waterhole just after daybreak at the
Addo Elephant National Park.

One thing I’d really like to manage is to include a visit to a wildlife sanctuary. You don’t go to South Africa without spending time at game preserves. My favorite was the Addo Elephant National Park, just above Port Elizabeth. It’s quite a distance, but I’m thinking maybe we do an add-on, post wine tour option.

It’s a long journey to South Africa, so the veterans among you would surely plan extra time to explore on your own. As you are no doubt aware, February is late summer in the Southern Hemisphere, hence the timing of the trip. Makes for a nice escape from winter in California.

I’ll be partnering again with Earthbound Expeditions (they’re the best!) to produce this tour, which will likely be nine nights and 10 days, with 20 to 24 participants. My previous three international tours have cost around $4,000 per person (excluding airfare), but I would expect pricing on this one to be a bit higher. All ground transportation and lodging is included (single supplement is extra), all breakfasts and one additional meal per day (either lunch or dinner). All entries to wineries and any cultural stops are included.

Interested? Drop me an email and I’ll get you on my follow-up list. Asking for information now gets you at the top of the list but is not in any way construed as a commitment.