It’s been an incredible journey as we enter our 16th year of business, but it certainly hasn’t come without seeing our share of tragedies; locally, nationally and worldwide.  We have seen and felt the effects of the destruction created both by Mother Nature and/or man himself.  On the local front, two Auburn incidents have occurred in our tenure including: the 2005 “Old Town Fire” which crippled several buildings/businesses and the 2009 “49er Fire” which burned 323 acres and destroyed roughly 80+ homes/structures.

Throughout these 16 years, we have always tried to give back to the community whenever possible.  Sometimes the “call” for giving goes beyond our city, beyond our county and even beyond our state and today we are going to answer that “call” for those who have been affected by “Hurricane Harvey.”  We have had much success with standard fundraising pledges and  wine sales in the past.  This time we wanted to try something different and pay tribute to the contributions Texas has brought to us by producing good ole “Texas BBQ” Hurricane Harvey relief meals.

All proceeds will be donated to “Greater Houston Community Foundation”

These “TEXAS BBQ” Meals can be purchased online now until 10pm Friday, September 1st.  All meals must be paid in advance and are available “TO-GO” ONLY.  Priority curbside service is available directly in front of Carpe Vino for pick-ups, Sunday, September 3rd, during the hours from 3-6pm.  Carpe Vino staff and volunteers will bring your order(s) to your window so you don’t even have to get out of your car!

For more information or to order click the BUTTON below:

Why the “Greater Houston Community Foundation?”

Donating is not always as easy as it seems and is only further complicated when trying to send assistance to an area that is a catastrophic disaster.  Needing council, we sought out the foremost authority and one of the best fundraisers not only in Placer County but California, Veronica Blake of the “Placer County Community Foundation.”  After discussing our fundraising mission, Ms. Blake included the GHCF as an option for donating which was a fantastic idea.  The beauty of both the PCCF and GHCF is that the money is spread out among many programs that are important to the community.  Instead of this donation going to one cause, it can go to several including; housing, food and even animal shelters.  We trust that with this foundation, this donation will be used to its maximum value.

Sidenote:  Several hours after the decision to donate to the GHCF, news channel CNN was broadcasting live from a RED CROSS shelter in Houston.  Just as the segment was cutting back, the reporter said, “I would like to plug TWO donation platforms…RED CROSS and GREATER HOUSTON COMMUNITY FOUNDATION.”  The reporter proceeded to discuss all of the benefits of the GHCF which gave us reassurance the right decision had been made.

A LITTLE TOO CLOSE TO HOME

When natural disasters hit anywhere in the world your immediate thoughts shift to “who do I know that lives there?”  In this case, my (Drew) girlfriend’s son began his quest in June, to obtain an Underwater Welding Degree from The Ocean Corporation.  Where is that school located?  HOUSTON!  I’m happy to say that he is safe, residing in a 2nd story apartment on the southwest side of Houston-proper.  He’s one of the lucky ones that still has power and enough food/water to last a week.  Spirits are good but yesterday he and a friend toured a few blocks from his home and wrote to us saying, “I had no idea it was this bad!”  Here are some of his photos: 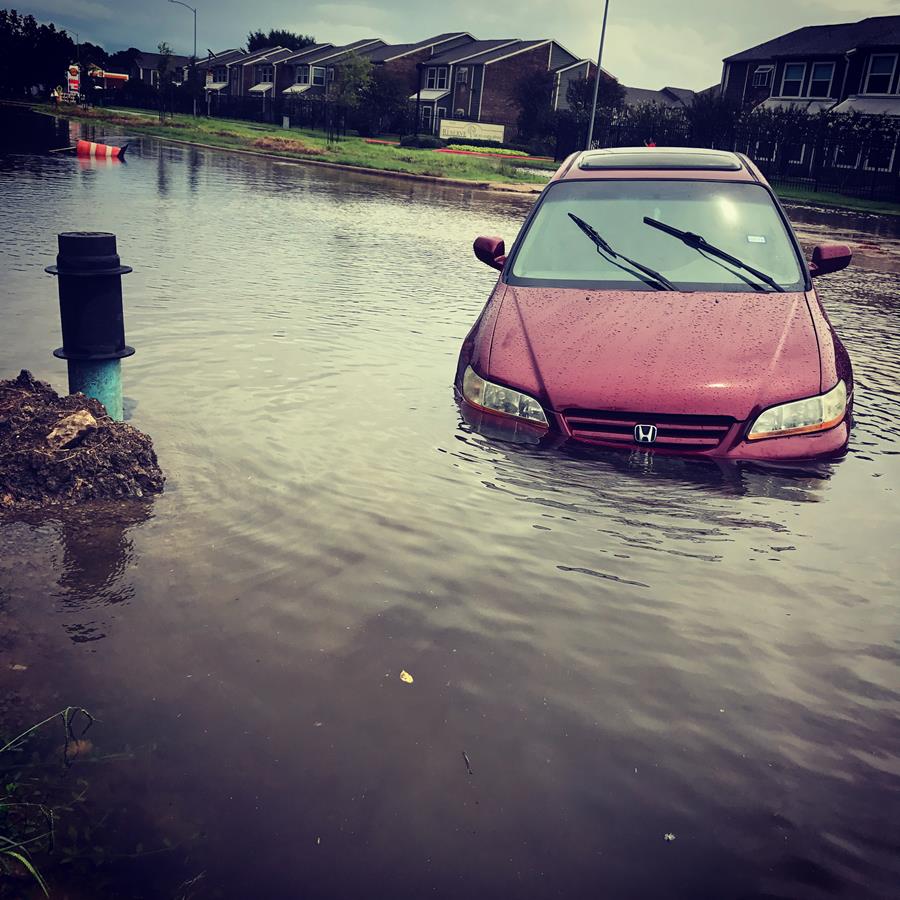 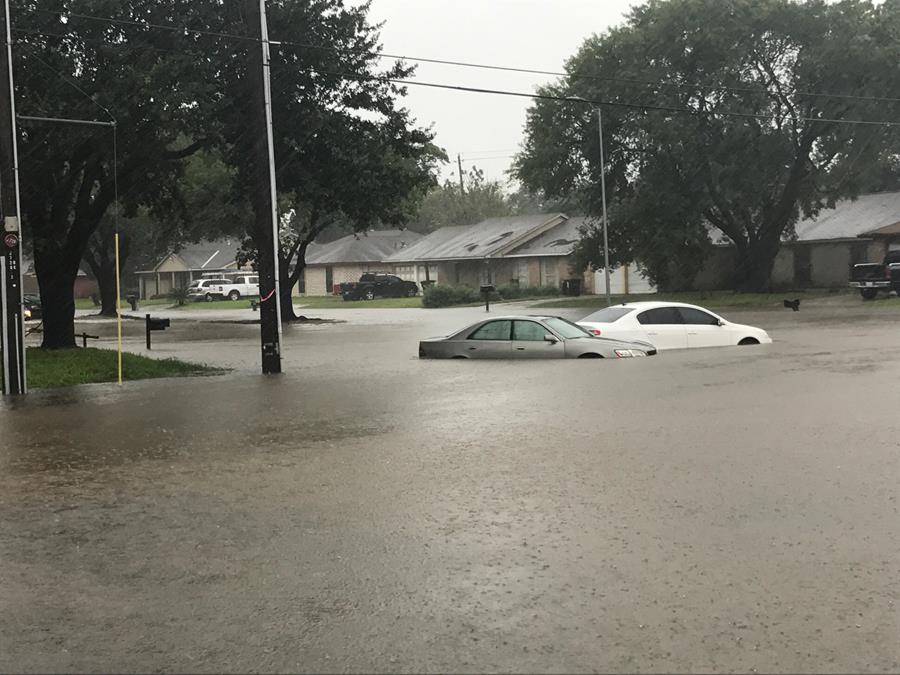 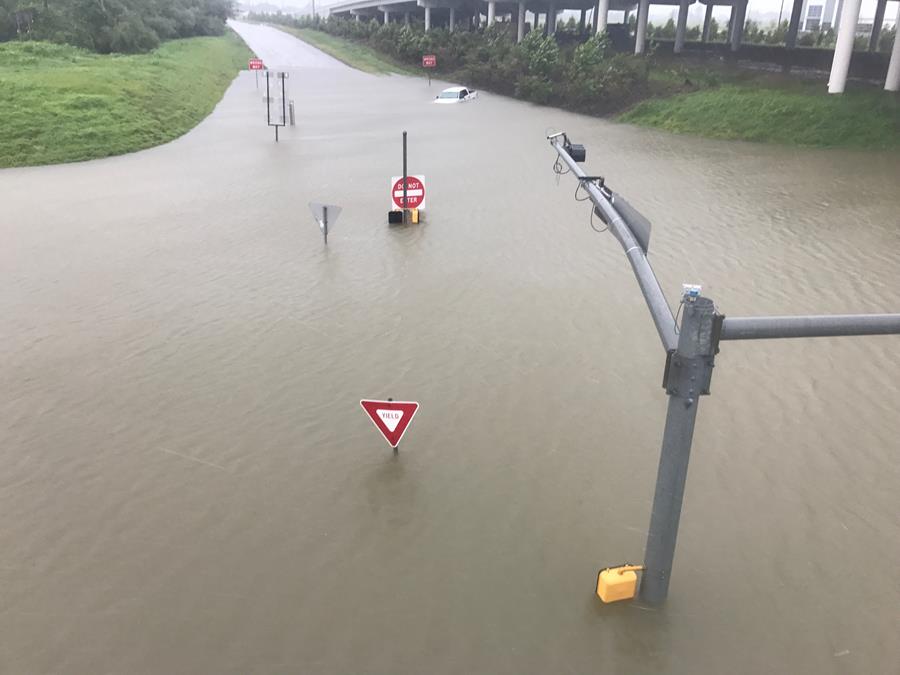 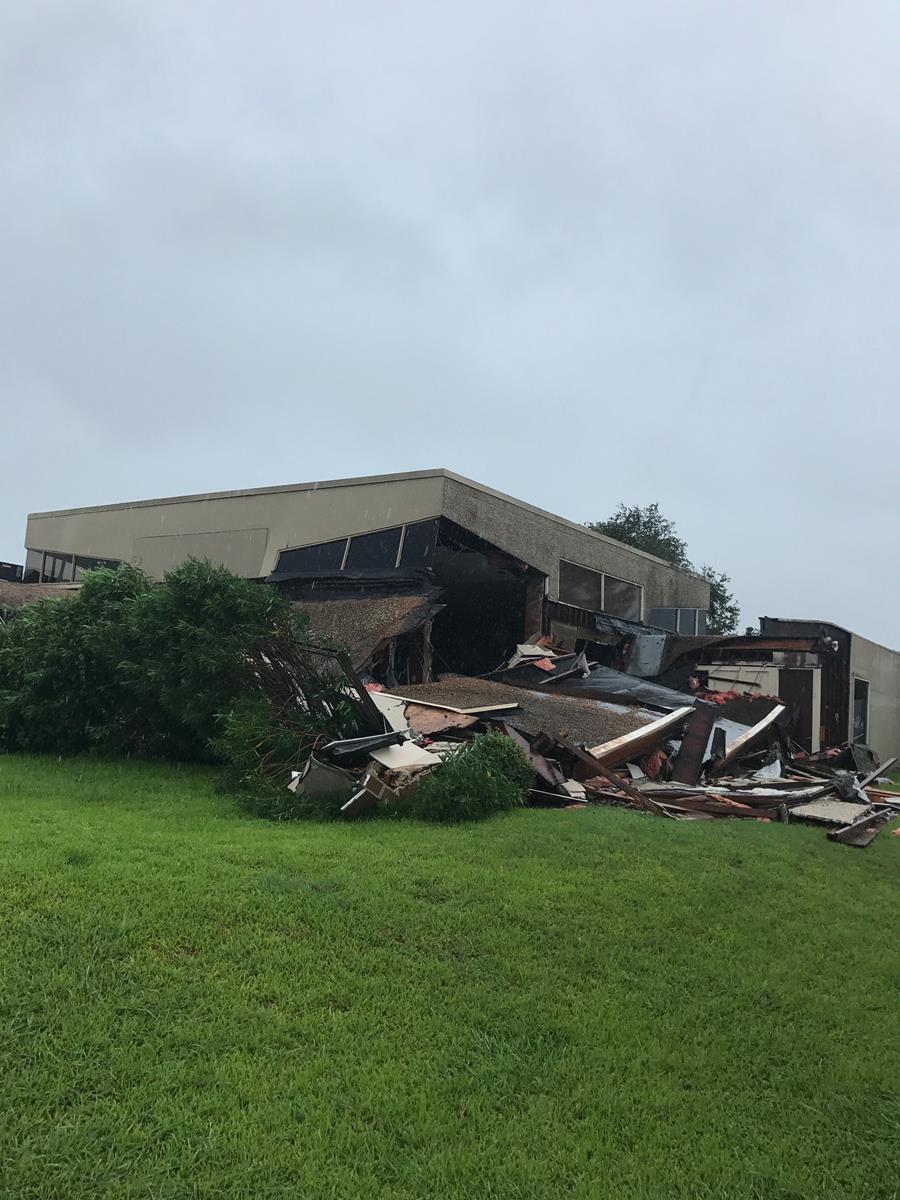