With New Year’s Even just a few days away, Carpe Vino wants to be your “BUBBLES” connection!  Whether you’re a fan of sparkling wine or not, it’s only proper to celebrate the annual New Year’s EVE ball drop with a flute full of BUBBLES.  We’re simplifying the decision making and offering THREE DAYS of “BUBBLES” DEALS, with today’s offering being our only COMBO-DEAL.  So, here we go… 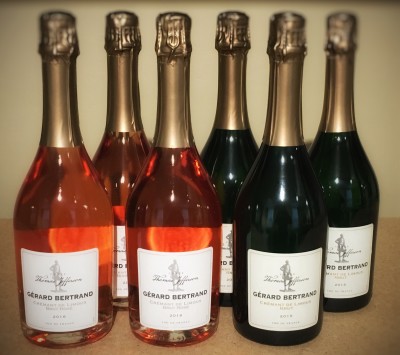 When you are in the mood for bubbles, why risk reaching into the fridge and pulling out a bottle anything less than DELICIOUS?!?  Don’t take my word for it – take the HUNDREDS of FAITHFUL CARPE VINO FANS – that have purchased the Gerard Bertrand over the years.  Why do they LOVE IT so much?!?  The wine simply exceeds expectations (for $15/bottle) offering the complexity and bubbles of a wine three or four times the price!

Today’s Six-Pack offering will include THREE BOTTLES of EACH; Gerard Bertrand Brut 2015 and Gerard Bertrand Brut Rose 2016.  Both wines are very complex, offering an aromatic nose with a large/lively mouthfeel that pops in your mouth.  The Brut made from Chenin Blanc & Chardonnay, reveals hints of honey, green apple and toasty oak notes.  While the Brut Rose, a beautiful pink-salmon color extends flavors of fresh picked succulent strawberries and raspberries with a lengthy finish.

Offered as six-pack, this allows you, your family and friends the opportunity to do a little side-by-side tasting to see which you like better?  Six bottles under $90 (before tax), that’s just a steal!

Limoux (region in southern France near border of Spain) is where sparkling wine first originated, when in 1531, the monks of Saint Hilaire discovered the first wine with bubbles.  Situated in the foothills of the Pyrenees, these vineyards benefit from the cool conditions required to make sparkling wines of quality. 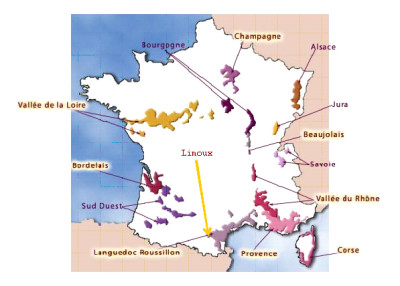 This exceptional quality had even founded an echo across the Atlantic: The White House. Indeed, Thomas Jefferson was Limoux’ greatest admirer, and he discretely cultivated his love for France and for Limoux sparkling wine. Actually, wine from Limoux was the only sparkling wine to be found in his personal cellar, hence the tribute to “TJ” on the bottle!