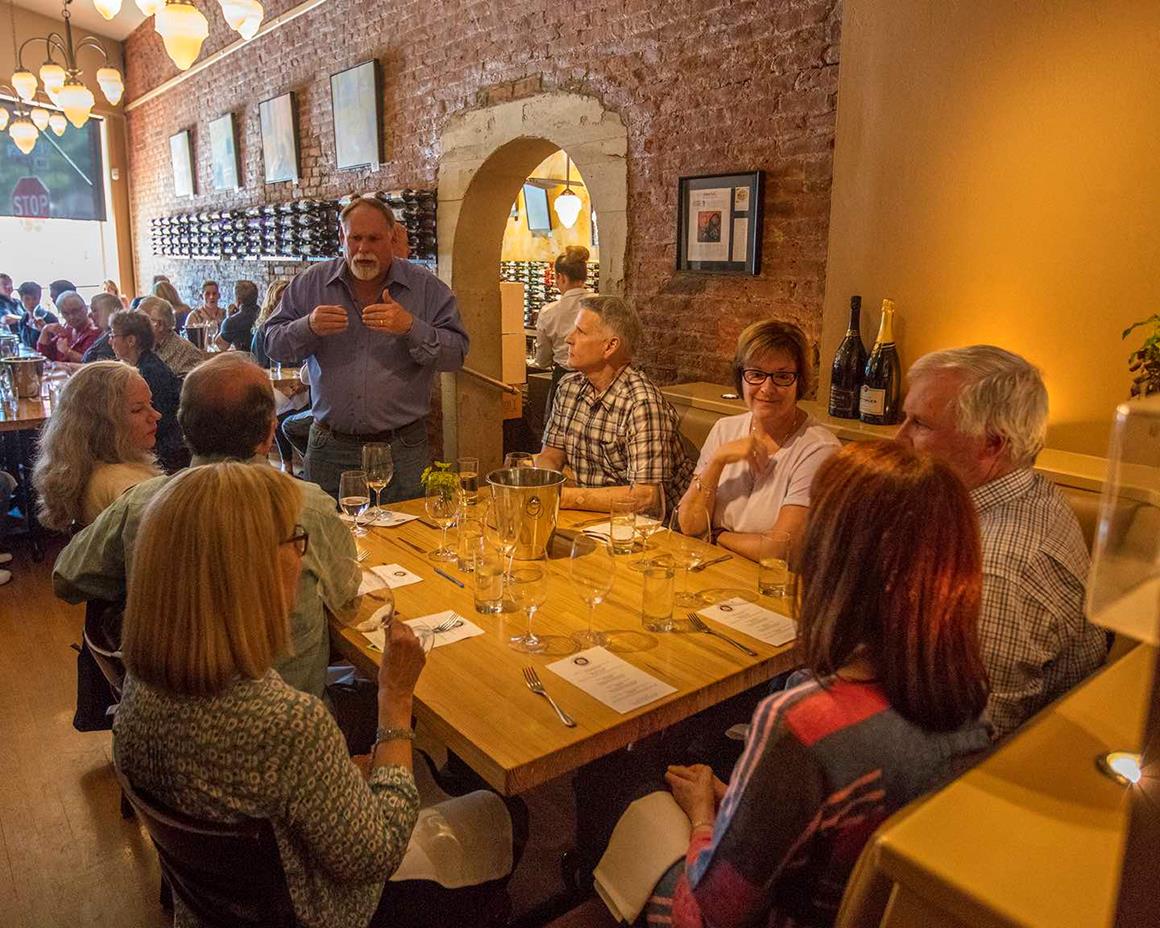 We recently test drove a new pairing/tasting format with two special events: “An Evening with Gwenael Laroche” on April 18, and last Sunday with “Prager Port Pairing:  Beyond Chocolate and Cigars.”  Both limited-seating events sold out quickly and the ultimate results were amazing—customers loved the concept and we sold a ton of wine.

A bit of back story:  Even before we opened the restaurant in 2006, we were on the vanguard of a trend to produce very refined winemaker dinners, displaying the talents of our two chefs, Courtney McDonald and Eric Alexander.  We had a great run, but when a local Thai restaurant sponsored a winemaker dinner, we figured the bloom was off the rose.  No mas.

At the end of 2016 we decided—for a host of reasons—to close on Sundays, with the major aim of freeing up a day for special events.  Our first experiment with the concept was a tasting of Italian wines paired with appetizers created by Chef Alexander.  Hosted by Natalia Mandelli, our tour guide and sommelier from our 2016 Tuscany tour, it was an immediate sell out when we announced the event to our Wine Club. 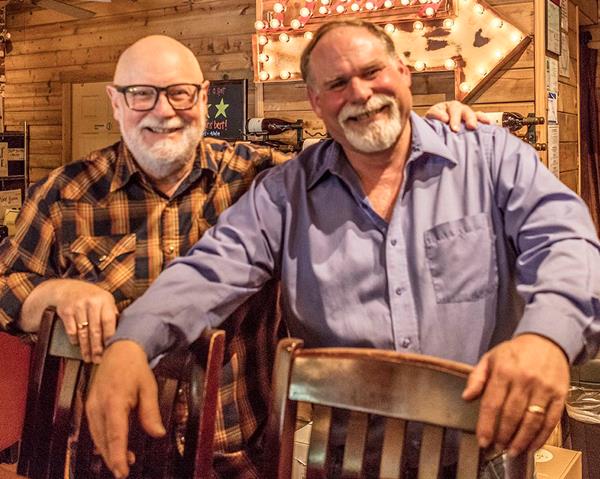 Gary and Peter in between courses during
the Prager Port tasting.

Our follow up event was designed to show how truly versatile port wine can be when paired with food.  We conspired with Prager Winery & Port Works’ Peter Prager—the winemaker—to create an event that ultimately ran last Sunday.  But before we could get that program off the ground, Drew encountered another opportunity.  Gwanael Laroche of Domaine Larouche was coming to our area, so we decided to do a last-minute affair to showcase her highly rated Chablis produced on her estate in France.

This one sold out in barely two hours from the moment it was announced.  We paired five 90-point plus wines with Chef Alexander’s appetizers, including veal breast with blanquette of spring vegetables; and Alaskan halibut tartare with sturgeon caviar, cucumber and rhubarb.  Chef aced it. . .the 20 customers who signed up for $75 a pop just loved the menu and wine. 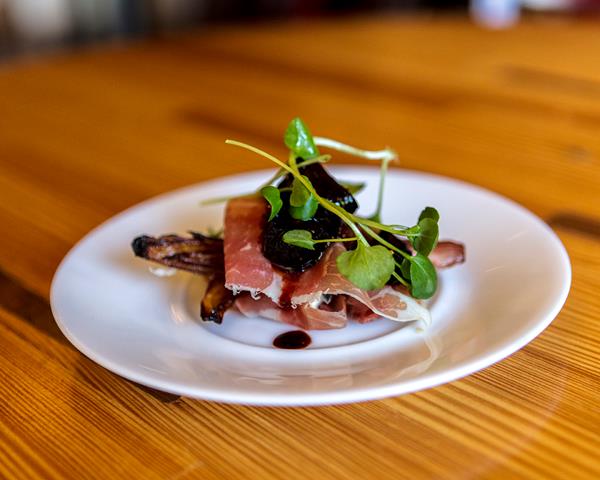 We followed up on Sunday with the Prager tasting.  This time, we had an initialseating of 28 people in the dining room at 4 p.m., followed by 25 more people at 6 in the Wine Mine at $45 per.  The idea was simple: demolish the notion that port is only appropriate at the end of a meal with chocolate and cigars.

Again, Chef nailed the menu with dishes like roasted nantes carrots with cashew praline, golden raisin chutney and curry; and coffee crusted beef tenderloin with creamy grits, charred spring onion and red wine “mole.” Peter did an awesome job with his presentation and responding to many, many questions.  We smoked it again, including wine sales with both events.

So, expect to see more of these Sunday Specials.  The immediate endorsement from participants can be traced directly to three components.  Most importantly, the winery and food combinations are first rate.  Second, the events are distilled to about 90 minutes instead of three-hour marathons for full-on winemaker dinners.  And they are priced right.  Participants enjoy incredible wines masterfully matched with delicious pairings.

We’ve suspect we’ve got a winner on our hands, so more events will be scheduled soon.  Word up:  don’t delay in responding because events sell out quickly!